Drinking water in the EU: better quality and access

MEPs adopted new rules on 23 October to further improve the quality of and access to drinking water for all people and reduce plastic waste from water bottles.

Most people in the EU have good access to high quality drinking water. According to a report by the European Environment Agency (2016), more than 98.5% of tests carried out on drinking water samples between 2011 and 2013, met EU standards. 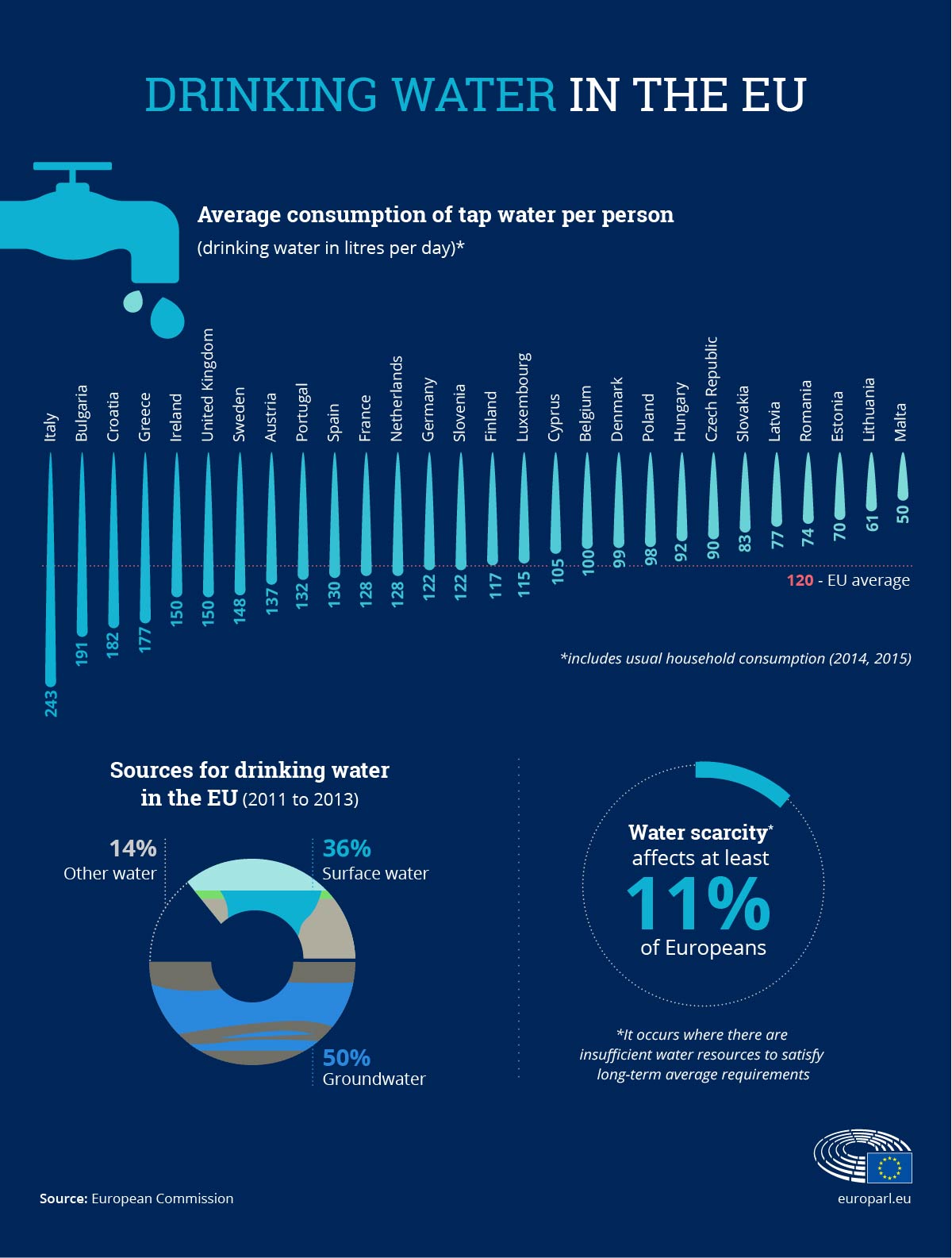 Parliament voted in favour of an update of the rules to increase consumer confidence and encourage the drinking of tap water. MEPs call on EU countries to “promote universal access” to clean water for everyone, especially vulnerable groups with no or only limited access.


The legislation aims to further increase tap water quality by tightening the maximum limits for certain pollutants such as lead (to be reduced by half), or harmful bacteria and introduces new caps for certain endocrine disruptors. Levels of microplastics will also be monitored. The new rules would also increase transparency and provide consumers better access to information.


Drinking tap water is cheap and environmentally friendly. Members want measures such as installing free fountains in public places – including shopping centres and airports – and encouraging the provision of tap water in restaurants.


According to the European Commission, access to better quality water could reduce bottled water consumption by 17%. Less bottled water would help people save money and also have a positive impact on the environment, by reducing CO2 emissions and plastic waste. 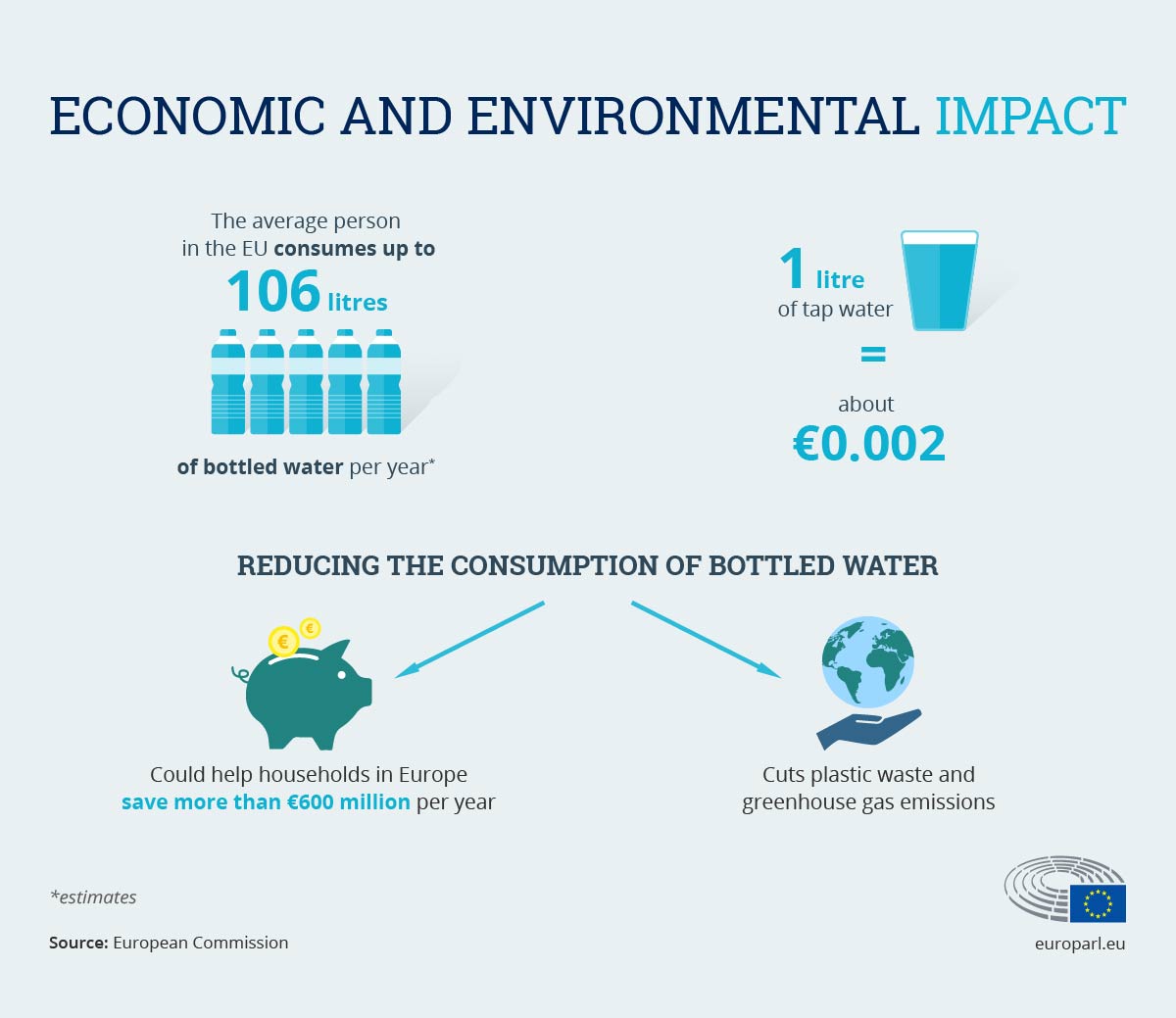 Public consultation has shown they feel insecure about the quality of tap water when travelling in other EU countries, although compliance rates are high. They also wish to receive more up-to-date information on the quality of drinking water. 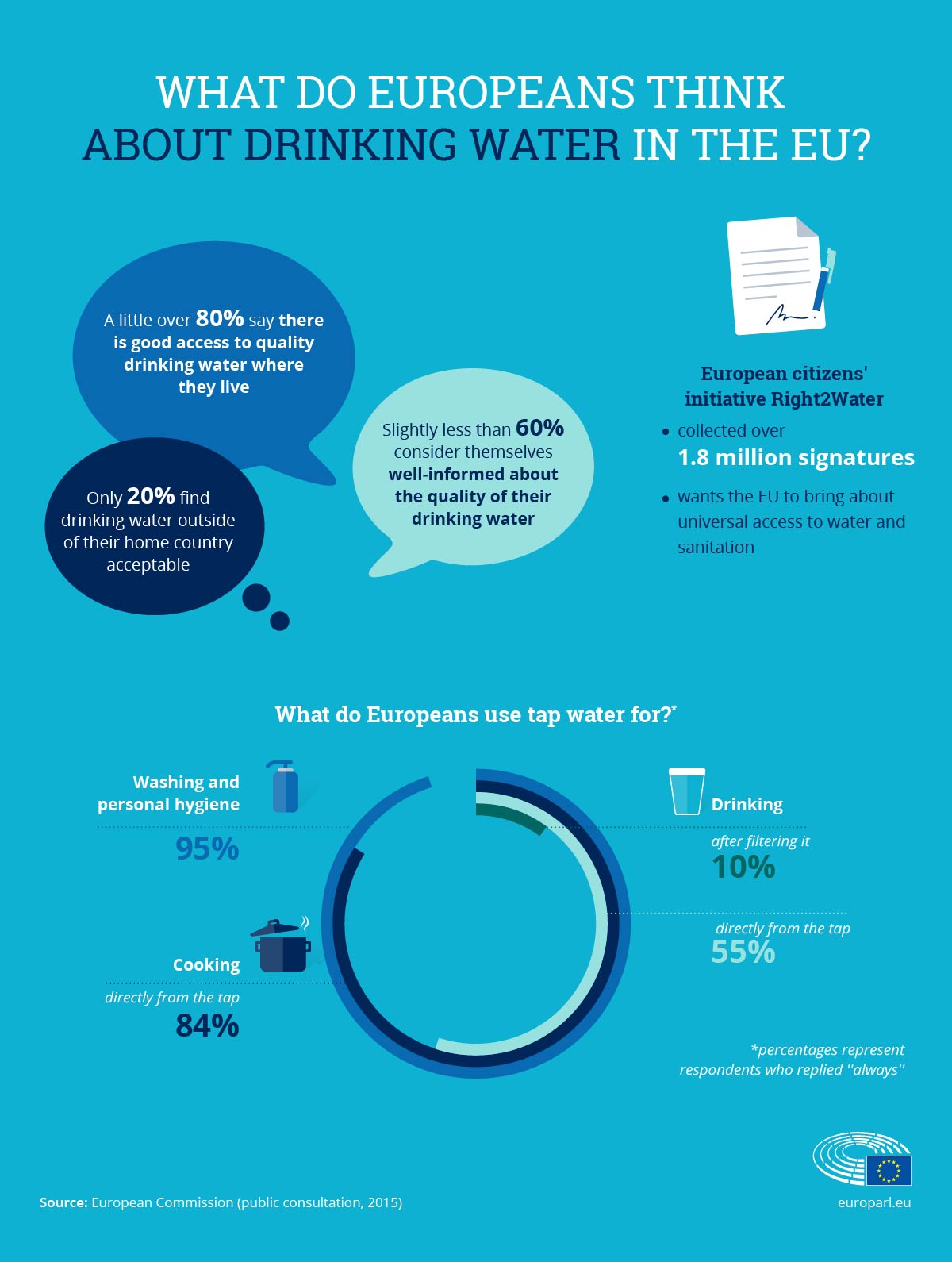 For Information: Write a mail